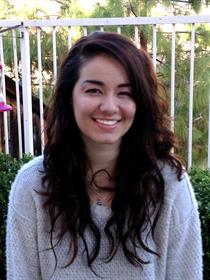 I'm Kimberlee, I'm a recovering addict/alcoholic. My story began when I was 13 years old.

I had depression at a young age and I had a fear of "not fitting in." I was bullied when I was younger so I did anything to be accepted and be catagorized as, "cool." I started drinking when I was 13 years old. I graduated to drugs such as ecstasy, weed, prescription pills, and cocaine when I was in 8th grade. I continued my antics to high school. I was showing up to class drunk- when I bothered to go to school, failing all my classes, getting suspended for possession of marijuana and fighting. I didn't know what I was doing was life threatening until June 20, 2011. I was grounded for getting removed from my school district permanently due to being caught drunk in summer school. My mother went on a business trip and my step dad was at work. I was being watched by my aunt but she was easy to persuade. I convinced her to let me go with my sister and her best friend to the store just to get out of the house. I had a plan though, and it didn't involve groceries. My sister drove me to my "friends" house because I was planning on drinking. I started drinking and then we took our activities to a local shopping center. We planned on stealing more alcohol at the grocery store. I don't remember much from this point because I had been drinking so much. But I was told that I had passed out and then started uncontrollably vomiting in my sleep-like state. My "friends" had left and claimed I was just faking it for attention. I was rushed to the hospital because I wasn't breathing. The doctor authorized that I have a tube down my throat or else I would've died. I was in a coma for 9 hours before I woke up in the ICU very confused. I couldn't speak because of the tube and my hands and legs were restrained. Everybody that was there lied to the police and my parents about what had happened, even my own sister. I felt so confused because I couldn't remember anything. I didn't know how long I was by myself, what if I was raped? I could've been kidnapped and no one would've known why.

After, I was sent into a psychiatric ward because the doctors were afraid I was going to kill myself. I went through many different types of treatment for my addiction but after this incident, it finally worked. It worked because I wanted it to. And I want this to be a lesson to everybody, recovery doesn't work unless you work it. Go to AA/NA meetings, get a sponsor, share your story, and live a life without struggle. We can do this. We just need a little hope, and I hope I have provided some.

Megan Fritz
Kimberlee, congratulations on 5 years in recovery today! Thank you for sharing your story, and for sharing some hope, with us!
2.

Dan Kaufman
Couldn't agree more. Young people get the message after watching their parents deal with stress many many times. We all need to be modeling healthy habits for dealing with stress for our teens. All too often they become the recipient of their parent's stress during difficult times. All the more important to make the time to have some heart to heart authentic communication.
3.

Mdjahed
you feel good, your worries fade away, you're hainvg a blast, and no one is going to get hurt. So many public figures need to wake up and realize the truth about addiction. Addiction ruins everyone around you and will eventually kill thee user. This is just a caution from someone who has been there, ICU, hospitals, and Rehabs.