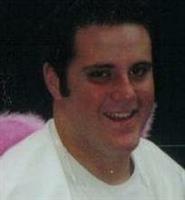 In memory of Geoff Edwards

My son Geoff had just turned 18 years old when he made a fatal decision. He decided to try heroin for the first time and overdosed and died in his own bed. One of Geoff’s friends had been there with him when he tried this dangerous drug and left our son in deep distress, incoherent and unable to stand or walk – ultimately he left him to die.

Geoff was a lovable child and a caring young man. His friends nicknamed him “Chewy” after the Star Wars’ character, Chewbacca. This was because he was a big kid with a hairy chest. He was, however, a gentle giant, who cared about himself and others and was filled with compassion and a genuine good-heartedness that so many people lack. He played football, ran track and lifted weights -- all with the hope of becoming a better athlete. He was preparing to graduate from high school in June 2002 and was scheduled to enter Wesley College in Delaware in September. Geoff was also well on his way to becoming an Eagle Scout and was very active in our community in Middletown, New Jersey, helping those less fortunate and always there for a friend in need.

Unfortunately, Geoff was too available to one of his friend’s who was addicted to heroin --and this cost Geoff his life. Geoff’s friend had been using heroin and opium for at least six to eight months and was addicted to these substances. We learned that it takes only three weeks to become addicted to heroin. Geoff, however, was not addicted; he had only made the mistake to try it once. Geoff’s friend had come into our house, given Geoff the same amount of heroin he had been using, watched Geoff try this terrible substance and then left our house, saying goodnight to my husband and me.

My husband’s morning ritual had always involved waking up Geoff. However on this particular morning Cal entered Geoff’s room only to find him dead. We immediately tried CPR and mouth-to-mouth resuscitation, hoping for a miracle, but Geoff was not to be revived -- blood was oozing from his ears, nose and mouth. Geoff had choked on his own vomit and his skin was cold. It was an ugly and devastating way to find our child, a moment I will never forget.

When the police arrived, we were sent away from Geoff’s room, since it was now a crime scene. Officers guarded the door and no one was allowed into his room. We were not permitted to see our own child. They took Geoff from his room in a white body bag, and I knew that the child I raised with love and devotion was gone. He would never be with us again – only in our hearts and memories.

The tears, pain and sorrow are simply unbearable as it takes years for minds and hearts to cope with and accept this kind of loss. I don’t believe that the sadness will ever cease. I wait for Geoff to come home – his flip flops remain for him by the front door. I can’t bear to clean out his room – it’s taken me three years to gently remove his items. Each day there are so many reminders which set off the intense grief: A song on the radio, a red-haired baby, a piece of clothing, or a young man who looks like Geoff.

Geoff did not get to attend Wesley College, he is not playing football, we will not visit him on Parents’ Weekend, he will never call us from school, we will never see him graduate and he will never marry and have children of his own. Instead, we can only remember the wonderful person who touched our hearts and made us smile every day.

In Geoff’s memory, we started the Geoffrey P. Edwards Memorial Scholarship Fund at the high school from which he would have graduated and his classmates planted beautiful weeping cherry trees at his elementary and high schools. Geoff was also honored by his Scout Troop with the Geoffrey P. Edwards Memorial Campership, which awards a scout who prepares a presentation for troop members on the deadly effects of drugs and alcohol.

My husband and I are now committed to speaking out against substance abuse. If we can get through to one child to make them strong enough to ignore peer pressure and make better judgments, it may help us to give some meaning to Geoff’s untimely death.

Vin Raisley
Dear Mr. & Mrs. Edwards, My son was the recipient last night for the 2017 Geoffrey Edwards Memorial Scholarship. I wanted to thank you. My heartfelt thoughts are with you both. I will share Geoffs story with my 3 children. My heart goes out to all the families that spoke last night that have lost loved ones. Bless you both. Sincerely, The Raisley Family