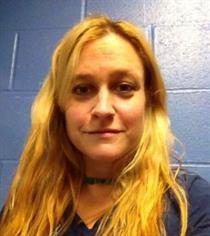 My head was throbbing, unclear, my chest was tight. I was sick to my stomach but it wasn't the typical hangover feeling I had learned to live with.

This was something else.

Maybe it was the crank I snorted the night before, mistaking it for a little harmless cocaine. Although in my case, as it often was with alcohol and drugs, there was nothing little about it. I kept snorting and it was never enough.

We snorted off of my recently-released-yet-unknown CD, a sick reminder of how I had thrown away my music career, drink by drink, smoke by smoke, line by line. Pretty ironic, I guess. I was waking up, the dread intensifying the more lucid I became. It was morning and I had no desire to live, let alone get out of bed. My blurry eyes soon focused on my CD, the scattered lines still all in a row, as if they were waiting for me, begging me to choose them over what remained of my sanity. I let them sit there long enough while I drifted in and out of restless sleep. Once fully awake, I figured I might as well finish them off, since this would be the end.

Somehow I managed to fall back asleep once the last of the deadly lines were gone. I don’t remember dreaming but I do remember wishing for my last breath. I can’t say that I prayed for it, since I never made praying a habit. But this came pretty close to praying for me.

I had nothing left. I had lost everything - respect for myself, the respect of my family and friends, my drive for music, and my sanity. I had no life, just an existence. I knew that I was done, that it was over. Fifteen years of insanity and destruction would soon be over. I could not go back.

It was hours later, although it felt like days. My mind was still in a daze, my stomach still in knots and my head still throbbing. I stumbled to the car, got in, started the car and sat. I sat there for a long time, staring at the dashboard, the sweet sounds of Phish circling around me. I had only two options. I was dangerously close to Big Sur, where many previous “accidents” had occurred. It wouldn't take much to lose control over and around those winding mountain roads, the ocean below peacefully calling to me, convincing me that everything would soon be alright. That would be the easy way. Or I could once again stumble into a meeting of Alcoholics Anonymous, announcing myself as an alcoholic once again, but not really believing it myself.

Luckily, I chose the latter and for the first time in a really long time, I made the right choice. Hesitantly, I opened the phone book and found the number for the Monterey Peninsula chapter of Alcoholics Anonymous. There was a meeting starting in half an hour at a nearby church. I found the church and walked in, immediately recognizing a woman I had worked with in the past. I didn't know she was an alcoholic. I could never tell, but then again, one never can. I immediately started to sob. I ran to the bathroom, wondering how I could escape now that I had been seen. I had never cried at an AA meeting before, and I didn't know what the hell was wrong with me. I guess it was different this time because it was over. This time it was really over. I had made the decision to end my life, but not the way I initially intended. I realized I was there for a reason, and I should just sit my ass down and listen.

The speaker was Dave, an alcoholic, a biker, a Vietnam vet, nothing like me. Yet I heard so much about his life that sounded like my own. I couldn't take my eyes off of him, could barely move, I didn't want to breathe. For perhaps the first time in my life, I felt like I was exactly where I was supposed to be. I wasn’t in a classroom, feeling inadequate to the other students. I wasn’t on stage, wondering if people were really listening to me pour out my heart. I wasn’t on a bar stool, looking for that one person that would make me whole. I was in an Alcoholics Anonymous meeting and I was finally at peace.

That one hour would change my life forever and I would soon be able to live again.

In the stillness, I would finally get to live.

AddictionMyth
AA is a dangerous cult in which children suicide bully each other and say to the parent "I'm sorry about your daughter, and I tried to help her as best I could. But you know, she had a disease."
2.

Laura B.
Hi Diane, This was a poignant and inspiring read. You have a gift with words - cherish it, let your gift elevate you to where you want to be. Congrats on embarking on your road to recovery and best of luck to you! We are all rooting for you!