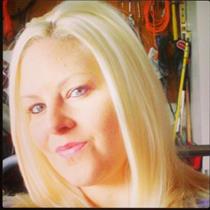 My name is CJ and I am a 29 year old female from central California.

In 2004, I began experimenting with different types of drugs - cocaine, methamphetamine and these experiments ultimately resulted in a disgustingly sick and severe heroin addiction.

From 2004 up until 2010, I used methamphetamine very heavily (only through the needle, IV), because the way I saw it and enjoyed it was: if it isn't water-soluble and cant go straight into my veins, then I didn't want anything to do with it! I was in and out of jail, went to prison twice, and none of that was enough to straighten myself out. I wasn't aware at that time that the only thing that could straighten myself out was myself.

I eventually developed a serious addiction to painkillers (vicodin, norcos, oxycontin, morhpine, etc) and when I ran out of pills, I decided to try out a small dose of heroin - simply because it was much cheaper and so much easier to find! The very first time I pumped myself full of that evil and deadly substance, I was hooked. I wanted nothing to do with any kind of pills, ever again. It was almost like I had found "the new love of my life" and shortly after that, I was willing to do almost anything and everything to get myself more heroin. The farthest I went was stripping - I worked at a strip club here in town (which I won't name) for over two years to support my dangerously-high habit. Fortunately, I never went the route of prostituting, although to be honest, I did think about it from time to time. I ultimately decided that I made enough money dancing and since I really did have a lot of fun doing it, I stuck with it and that was that.

When I realized that I was using almost 2 grams of heroin per day - by myself, not sharing with anyone - I couldn't believe that I was still alive. Luckily, I've never overdosed or anything like that, even though I probably should have, given the significant amount of the drug I was putting into my body.

I never planned on getting clean, but what made me change my mind once and for all, was my mom. She came over to the house where I was staying while I was on the run from the law, she sat me down, and told me:

"Honey, I don't know what I can do to help you get your head out of your behind, so I've come up with a plan."

Then she said something that never in a million years would I ever thought would come out of her mouth:

"Well, since you've gotten your dad and I into so much debt, I decided that I am going to stop eating, I'll let my health deteriorate, and I will eventually let myself pass on from natural causes, so that your father can collect what he can from my insurance - as he is my beneficiary - and then there will be no more suffering and no more debt."

I responded: "Mom, I'll be damned if my mom is wanting to commit suicide because her daughter can't stop getting loaded. Please take me downtown right now and I am going to turn myself in."

Since then, my life has completely changed for the better and continues to get better on a daily basis. That was the best decision I'd ever made and I still thank my mom to this day for giving me that ultimatum. Because of my decision to better my life and myself, my relationship with my parents (and family in general), has never been better. I am very lucky to have both of my parents, who still love and support me, no matter how much heartbreak and suffering I put them through. I know that a lot of people don't have their parents (or basically anyone) in their lives, so I know that I am very fortunate and I will never, ever take advantage of them ever again.

I've come too far to fall back and I only want to continue to get even better and make them proud.

I hope that if at least one of you read this and got something out of it, then I am beyond satisfied, as for that was my intention. Thank you for letting me share!! I love you all!!

Julie
Thank you for sharing your story, CJ. Congrats on 3 years of recovery today!
2.

Sheila Rae West
I really enjoyed your story! Im glad you're free ! And to have a mom that cared is amazing, I too was a heroin addict!
3.

Sheri Ramsell
Your story is heartbreaking and at the same time uplifting. I am so happy that you are O.K now. Remember don't look back your not going that way. Good luck to you and your journey to a straight life. Thank god for wonderful parents :)
4.

Katherine Rainville
Well...the road has been hard for alot of jailbirds...but Im so happy you are sober. I didnt get back into drugs after I left Leo Chesney. ..but I found alcohol. Got a drunk driving (again) and decided its time to be done w it all. Ive worked hard ti be sober...but I actually really like it....proud of you dear..