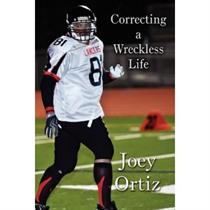 I am from Rancho Cordova, California. My parents split up at a young age. My dad used to beat me with a horse whip when my mom was at work. My dad was out of the house soon thereafter.

My grandpa worked for a beer distributor and always brought beer over even though my mom did not drink. I was surrounded by much older boys in the neighborhood. They all wanted to hang out with me because I had all the beer. I started to sip beers at 8 years old. At twelve my older sister got a job at a liquor store. Me and my juvenile delinquent friends tried to empty the store.

In spite of my drinking I became a football star. I started smoking weed at 12. I had a girlfriend whose parents allowed everyone to drink at their house. I was always a fixture at every drinking party around town. After high school and a year of Junior College, I was out prematurely celebrating my new football scholarship as a pedestrian, when I was struck by a hit-and-run car traveling a minimum of 55 mph.

I had to be revived and transported by helicopter. I underwent 12 hours of surgery to save my life. I was in a coma for 3 days. Once awake, I ushered my early release from the hospital. I bounced back in five months with half a left calf and a destroyed knee and ankle. They said I would never play again. I played the year out and tried cocaine for the first time. I was hooked right out the gate. I started selling cars and found myself surrounded by addicts. My drinking escalated to all new highs. I did cocaine everyday for 12 years, until one night I almost over-dosed.

I lay in bed dying when I prayed to God to save me. I blacked out and woke up the next morning on 2-11-2005 and never did drugs again. I did not have a relationship with the Lord but he answered my prayers. My drinking got even worse as I was drinking a case of beer every night. On 11-27-2008 after a small argument, my wife left me and I have not had a sip of booze since. The first year sober was not hard but my sanity was.

In June 2009, I started writing my book "Correcting a Wreckless Life". On 11-1-2009 I made the greatest decision of my life when I gave my life to Christ. I currently have signed a production contract with a production company to film a motion picture based on my life story.