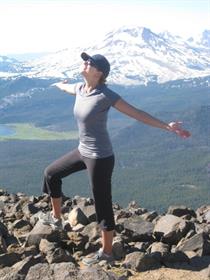 Annie was bright, beautiful and talented… deemed gifted in fact. While a bit “nutty” and overly emotional (what teenage girl isn’t?), she was a “good kid.” She didn’t party in high school, and unlikely as it may seem, she was nearly eighteen at the time she first experimented with alcohol. I would learn years later what that first drink meant to her. In her mind, and in a very profound way, it seemed to fix everything she thought was wrong with her life.

My daughter’s transition to adulthood was rocky. Once she left the framework and security of the home nest, there was one crisis, one meltdown after another. She crashed and burned during the first semester of college and we rescued her, of course. Life stabilized for a while, until she ventured out again. She completed two quarters of college the next time, but needed rescuing again. Then there was the rescue after that, and the one… after that one.

Like most parents, we figured if we could help enough, our daughter would eventually learn how to help herself. Only it didn’t seem to work that way. We repeatedly dusted her off and dried her out, but each new “fix” quickly disintegrated. Over time the stakes increased, until her very life seemed to be on the line.

At age twenty-two, while high on alcohol, Annie daringly asked for cocaine at a small party she attended. She’d tried it a couple of times before, and liked it. In fact, she’d never met a drug she didn’t like. Yet the drug provided at that party, while a white one, proved to be something different all together. It wasn’t cocaine… it was meth. And it took her instantly. Within two months my daughter was homeless; within four she’d had her first arrest. She then repeatedly broke into our home and stole from her family. Once involved in a large drug bust in our community, her mug shot made the six o’clock news. My girl was called a “transient” for all of the world to see and hear.

The girl into whom I’d poured a lifetime of mother’s love no longer inhabited the beautiful body I’d brought into the world. Annie was gone. The rare times when I did see her, I barely recognized the monster-who-used-to-be-my-daughter. The grief was nearly unbearable.

At the time it never occurred to me that she was suffering as much as I was.

Annie lived on the streets of our community for over a year, until she ultimately asked for our help. My husband and were fortunate that our tough love strategies proved helpful, and they helped to “raise the bottom” for Annie. I sadly realize this is not the case for everyone.

My daughter is now 8 years clean and sober. I’ve written the details of my story in a book, and share the many lessons life has taught me… lessons I never wanted to learn. I talk about Annie’s recovery… and mine. The book is called A Very Fine House: A Mother’s Story of Love, Faith and Crystal Meth.

It is my profound hope that some of what I learned might help another mom or dad.

Julie
Thank you for sharing your incredible story. I wanted to let you know about The Meth Project, a large-scale prevention program aimed at reducing Meth use through public service messaging, public policy and community outreach. There is a story section called "Speak Up" where you may also wish to share your story: www.methproject.org.
2.

Sue Hylbak
Very powerful. I am so happy we have Annie back. I hope this story is shared with many, as there are no doubt many parents are experiencing or have experienced a similar heartbreak. Addiction is cruel to all and needs to continually be addressed in our society. Thanks for helping Barb get her families' story out.