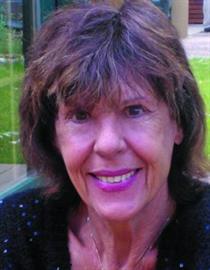 Nothing Short of a Miracle

Nothing Short of a Miracle

It is nothing short of a miracle. I got sober in 1990 from alcohol and drugs, and by the grace of God I was given the opportunity to start my life again. When I first got sober, I was a bit of a snob. I thought because I wasn’t drinking, I didn’t need to continue to change and grow. Fortunately, I had a great sponsor and my sobriety has grown through the years. So many people have gone on before me, so I learned early on, if I wanted what they had, I needed to do what they suggested. I could not go off in my own direction and do it my way, because my way never worked.

I didn’t know much then. Now I know that as many people as I lied to, I lied to myself the most. I truly am an alcoholic and I absolutely cannot have one drink and walk away, no matter what I tell myself, or what tricks I used to drink and avoid getting drunk and blacking out. It is not possible for me. I can’t control it. It controls me. I had 24 years of bad drinking and bad living.

I went to the American Academy of Art in Chicago, and my passion and talent lies in art, painting abstracts in oils. I got married young and my husband and I wanted to become pot farmers. We were young, silly, and the marriage only lasted three years. After that, I floundered around with no purpose, drinking a lot and working to support my addiction.

I moved to New York City in 1982 and began working in my brother’s graphic design firm. It was an exciting time. He was my mentor, and I was learning the business. It was thrilling living in New York and going out anytime, day or night. But the boss had rules like, “I don’t want you coming to work with a hangover or drinking on the job.” To make a long story short, I screwed up and was fired within six months. With a huge resentment and not many options, I found a job in a restaurant where I waited tables and assisted at the bar. Those were not pretty years for me

There was a little span of time when I stopped drinking completely after I woke up from a blackout and was black and blue with scraped arms. The hardest thing for an alcoholic coming out of a stupor is to ask someone what happened. Shame kicks in. I looked like I was dragged across Broadway in the center of New York and that’s exactly what happened. I fell off a curb and even though I weighed only 110 pounds, nobody could pick me up. My friends had to drag me off the street and literally carry me to my apartment because no cab drivers would stop for us.

So I told myself, “This is it, I‘m never drinking again.” For a while I didn’t, but I did switch to drugs. It was the 80’s and cocaine’s heyday. Valium was my new alcohol, and in my mind, I was sober because I wasn’t drinking alcohol. I continued to feed my addiction anyway I could.

I went back to drinking in 1989 and the last time I drank was a horrible night, a really bad drunk. I was scared to death, didn’t want to live and didn’t want to die. The following evening, my younger sister called and she said, “If you don’t get help now we’re all done with you.” And she slammed the phone down so hard I can still hear it. That was my moment of clarity, maybe it was divine intervention. After she hung up, without thinking about it, I immediately called a sober girlfriend I had been avoiding her for years. That night, for the very first time, I said out loud, “I’m an alcoholic, help.”

At first, I was so into my denial I was hoping I would learn how to drink without getting drunk. But, I found out I never had to feel the way I’d felt, ever again. I could stay sober 24 hours at a time. Something occurred during those weeks within my spirit and my mind. I realized I was done. I could not do it anymore.

I want others to know there is an amazing life out there without drugs or alcohol. It’s about living from your heart and not being ashamed. If we are addicts or alcoholics, we are still God’s kids — and we must help one another. The recovery community, whether located in self-help groups or treatment programs, is a shining light.

I feel I am doing what I was put here to do — helping another person live a good life. And it keeps me sober. I’ve been blessed. I never thought in a million years I would celebrate 24 years sober.

It would have been easy for me not to be here, either by my own hand or someone else’s. There is a divine plan. We try to control our lives but our Higher Power, or God, or whatever you want to call it, has greater ideas. No matter what comes our way, it is possible to stay clean. I think one of the biggest barriers for any addict or alcoholic is asking for help. So far, it has been extremely fulfilling and satisfying to give back.

Barbara is the founder of The Art of Recovery Expo in Phoenix, the one-day, free public event held each September at the Phoenix Convention Center. The first Expo was held in 2005 with 2,000 people attending. Last year, over 6,000 people attended, along with 100 sponsors and exhibitors who provided information for visitors on the resources and many avenues that are available for help with all addictions and behavioral health issues.