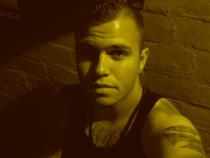 What my son would say to other addicts, if he could!

What my son would say to other addicts, if he could!

I'm not going to sugar coat this by saying my son was some perfect child before he started using drugs, He wasn't. I loved him anyway.! His name was Matt. He struggled most of his short life, trying to feel normal and trying to fit in some how. He struggled in school, He struggled in life. He was the class clown in school in an effort in fit in. He was a mischievious child. I had him tested for learning disabilities when he was young and took him to doctors all in an effort to help him. He was diagnosed with ADHD but couldn't tolerate the way the medication made him feel. I tried to find something, anything that made him feel good about himself! He was in every sport I could find but nothing seemed to help, by the time he was 13 i caught him smoking marijuana (which he said made him feel better) but i couldn't allow this. I put him in counceling and thought this was helping but then he got where he wouldn't go and would take off everytime he had an appointment. by the time he was 15 he had tried other drugs (many of which I'm sure I never even knew about.) He was skipping school and got kicked out. I found a charter school (which he seemed to be better in for a short time). then i found out he was skipping school there too. I took another job that was more flexible in an effort to be more available to him. i went to tough love meeting because i thought perhaps i was too easy on him and was some how enabling. i admit, I couldn't manage to be as tough as some of the other parents were on their children but i did the best i could. then matt starting sneaking out of the house at night and getting into trouble with the police. He spent time in juvenile detention a few times any they would put him on probation and release him back to me. Matt always loved the holidays but it reached the point he was reuining them due to the drug escalation and his erriatic behaviors.

Things began missing from our house. at first it was small items that may go unnoticed for a while. Then it was money out of my pursed $40.00! At first I thought i was going crazy, maybe i only thought I had $40.00 in my purse. it just kept progressing. i would go to the grocery store and come home to find a party going on and the food so gone! i stared searching the system for help for my son and spoke to everyone I knew, i prayed daily for God to show me the way! much the way Aferall, i had insurance, I should be able to get help! I ran into one dead end after anothet! i found out that i would have gotten more help if my son was on state assistance than i could get him as a working parent with a commercial plan. I just couldn't belive this could possibly be true, i had purchased the best plan my empolyer offered. As things escalated I became more and more stressed out. It seemed every time I'd go to work he'd get into trouble and i'd have to come home. I was finaly fired from my job over it. Matt, ended up once again in trouble with the law and in juvenile detention. This time i refused to allow him to come home with me until he got help. The judge treated me like a horrible mother and I cried my eyes out all the way home. i didn't know what else to do. I finaly turned to my church who told me of a program up north of me which was a branch off teen challenge for boys up to 18 years old. i left a message for the director and was so suprised to hear back the very next day. The director was also a pastor and the whole program was bible based. This awesome pastor actually. With his help i was able to get Matt in this program which lasted 10 months drove 3 hours and went to court date with me! My prayers had been answerd! When i dropped Matt off I cried so hard all the way back. On top of my painful decision, my x husband and oldest son thought I was a horrible mother for putting him there!! They came around in time but that was a very ifficult time for me. However , i had other family that supported my decision and daughter understood because she had be living with me there and she saw all the hell we were both going through.

At first Matt rebelled, even ran away a couple of times but eventually he got on board with the program. He got saved and was even leaning bible study there. I was so happy! Plus, we could visit every weekend and attend church with him and take him out to lunch. In time he could even come home for the weekend every 6 months if his behavior had been good. Matt did well and after 10 months he graduted the program and got to come home. For about 6 months he did great! he was going to church, making new friends and leading others to God. He was writing christian rap music and singing it. Drawing writing poems, studying his bible, got his GED etc. Then he started getting back around the same old crowd and pretty soon afterward I could se he was slowly slipping away again. Times slowly got worse than ever before. He started smoking Heroin! Soon it was back to stealing from me and God only knows who else. I was forced to get an alarm system on our house and after that he stole nearly 1,000.00 from me. Money that i was to get my truck repaired after being rear-ended. I was forced to get a restraining order on him (which broke my heart).

So, he finally got in a program with Salvation army and was doing great. Then he was moved to a recovery home. While on a weekend pass the weekend of his 22nd bithday he relapased and died. He had just told me he had decided he wanted to take classes to become an EMT! I don't think he thought he would die that day...

Not long after that I was offered a job helpng people with substance abuse. I helped raise a lot of money for the recovery home my son was living at when he died. They told me I could buy a brick with his name on it. I told them I wanted to do something else. for 3 nights in a row I awoke with words from a dream. I got up and scribbled them down. After the 3rd night I put the words together. I truly believe my son brough me these words. so, i had a plaque made with a picture of my son on one side and the words on the other, this is what it says:

Hi, my name is Matt. I was a lot like you, See, i was an addict too. I got clean, thought I could kick this thing. One step back and now i'm gone but all these drugs they linger on. Please don't make the same mistake for your life too addiction will take! Save your loved ones from this pain. One life saved, then i didn't die in vain!

I truly believe my son brought the words to me me that he he wanted me to say to other addicts! Matthew was born 05-14-88 and died 05-16 2010. 2 days after his 22nd birthday from a heroin overdose. he had been clean 5 or 6 months. I'm sure he was craving and made a decision to get high to celebrate his birthday. Unfortunately, it ended up being his last birthday. I am thankful he was saved but i miss him avery day. sometimes i hate my job but then I talk to one addict and share Matt's story and i somehow think it makes a difference. On the way home I thank God for showing me why I'm still there. i hope this touches someone and helps them make the decision to stop once and for all!