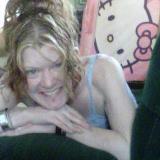 Let the lord be your guide

Let the lord be your guide