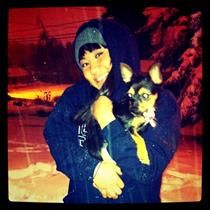 Hey Ya'll I'm 21 years old and my name is not important in this story. The crazy thing is any drugs or alcohol used as an "escape" isn't really an escape. Being high at that moment is suppose to feel like an escape from reality yet my mind was able to speak on the most depressing happenings in my life.

When i was 17 I started selling ecstacy in school to save more money for my tuition. I was never involved wth drugs nor interested in using until I attracted a set of "wild" friends while dealing. One day I was at a party doing my usual runs with my 2 new girlfriends when I started to question what i was giving these people at the party. They all looked so happy So thats the night I decided to lose my virginity to ecstacy. It was my first experiene of gettting high before i got into smoking weed. During my senior year I skipped 4 months of school sraight doing ecstacy hanging out with friends and came back the last 4 days of school only to find myself in a scary situation of not graduating. I'm sure some of you can uderstand the importance of success with a korean mother and a computer genius still working for the military was. Anyways I stayed up for 4 days and did 4 online classes and ended up walking and graduating because everybody thought it was impossible. Geez I despise that word.

Anyways in january 2010 my mother found out I was smoking weed and just blew up.

June 2010 is where the road to reality began. To regret is strong but to repent and live on is stronger. I found that the journey of life is not about finding yourself, It's about making yourself.

As I tip toed out my house I had to think,"Is this really it?" I left my home I finally broke free to go do the things I couldn't do. Atmosphere block party, hiking at multahoma falls, couch surfing at friends houses and new guys i met on the internet. Then the money was gone. I was embarrassed to tell people I dont have a home to go to. Some friends knew and most friends didnt.

Anyways I came back to washington in august realizing I dont have a place to crash and I was to afraid to ask. I ended up meeting this guy through my best friend. We wil call him Jimmy. First time i meet jimmy I realize we have alot of the same friends. Basicaly his house was the party house there were at least 40 people there daily in a really tight space. His brother and his mom (ex crack addict) lived with him. I eventually got a retail job and started to contribute money in to the bills and etc. Jimmy liked me a lot but he wasnt my type. A couple of months later I find a journal with pages of poems about me. I confronted him about it and we argued and then he gave me 2 weeks to get out

When we met it was like love at 2nd site. The 2nd day of knowing each other and already We have done a line together, he had a ticket to new york for that night and stayed, I stayed with him the whole night in his car outside the house I lived at.....The path i was on was because i chose it and valued it.....

This is when my first love who was 24 at the time, a cook from new york, came in to my life. We started out by living in motels somtimes in the car and I'm sure most of you can some how relate. My life came to doing cocaine, crack, meth, heroin, ecstacy, shrooms. We were robbing drug dealers getting high saying fuck life and then we would try to make it, but the point is we never gave up. I'm still dealing with it today, even if it not physically its mentally and its running into people saying yo you know brooklynn or you owe me money or crack head. Its not worth it but life is so much more beautifu without it. I never thought I would be able to pull myself out of that mess and not be dead. I just never saw myself smoking heroin and sticking it up my ass then going to new york and being able to snort it and then shoot it up.

Dec 3, 2011 After getting out of jail over thanksgiving. After my ex talked his way out of a 3rd violation of the order of protection. He went back to new york. My lease was done and I was ready to come back home an maintain my sobriety.

April 24th 2012 (my birthday) While myboyfriend at the time came to visit from new york. His friends house that he was staying at got raided. His friend got locked up but accused him of stealing some pills. We both got jumped that night and that was the end of the relationship. I got back in college now and I just want to say. I love my life right now.

Julie
Thank you for sharing your story -- and congratulations on 3 years!