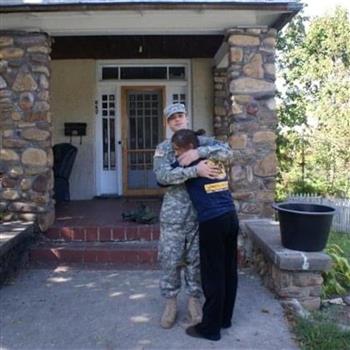 In memory of Dominic John Fudesco

I created this memorial in memory of my loving son, Dominic John Fudesco. He and his younger sister, Mia, were and are my life. To have lost my brilliant son to an alcohol addiction is so completely surreal to me. My son, whom we called Nick, excelled in everything he did. He was always in advanced placement classes. He was in Best Buddies with children of challenge. He was an incredible athlete, worked at building things with his hands, loved swimming and was on a dive team where he dove from 60 feet with 3 flips backwards. He made his own perpendicular shaped desk with drawers when he was just a 12-year-old child. He adored his baby sister with all of his heart and soul. As young ones, they were best friends. They laughed and giggled and played and teased one another. Nick was always looking out for his younger sister, Mia. He was an incredible learner and accomplished things to perfection. Every endeavor was done with the utmost of care and attention. He was a great ballplayer and also a great piano player. He was loved by his friends and family and was the first one in the family to waterski at a mere five years old.

He was anachronistic and a soothsayer; a person beyond his time. His brilliance was overwhelming. When he went to college, he joined the Army ROTC and within a short period of time, three months, he became a lieutenant. He had the most admirable references from The Department of the Army from his second Lieutenant, an outstanding achievement.

I cannot pinpoint what exactly made my son turn to alcohol but I believe the loss of his father at six and a half years old had everything to do with his journey. That my son was such an incredible achiever, the one thing he did not have was a father whom he lost to a heart attack when his father was just
46-years old. For the rest of his young life, teen years and young adult life my son did not really have any nearby mentors who were men and I know in my heart of hearts that contributed to his feeling lost. Even though he excelled so well, something struck my son as not having a PURPOSE

He told me himself even after he had been to rehab twice and then twice with his with personal counselors who tried to help him recover as well, that he felt like he had “an elephant on his chest“. My son’s longest path of sobriety was nine months, after nine years of being a complete alcoholic, and in that nine months, he was such a wonderful man. As he grew older, in his 20’s, it seems as though Dominic could not shed this demon of alcohol and it only got worse and worse with him seizing when going for too long without any alcohol, meaning a couple of days. His consumption was quite radical.

Since his passing on September 6, 2020, I have done everything to memorialize my son; but I will never stop. I purchased a star from the National Star Registry in the galaxy, where uncannily, he was placed in Pegasus. Nick loved horses. I purchased two trees in the Pennsylvania National Forest, his home state in his name from his sister and myself. I light a candle every day and every night after coming home from work, every morning when I wake up and I have done so much more. I continue to memorialize him as much as I possibly can, thinking of new ideas all the time. I have a Spotify playlist, which I think is helpful for parents, of songs which help to bring out a mother’s WAIL.
I have looked at videos of him when he was a baby up until we had cell phones. I can’t tell people enough to take as many photos and videos of your child because you never know.

For people of children with addiction, know that there is hope. The one thing that you can do is try to do some kind of an intervention before it is too late. You could trick them by telling them that we’re having a family dinner at a great restaurant, fool them, invite them to something they may think it is going to be great fun and it turns out to be a great support group of people who convince that person to go to rehab for a very long time, it doesn’t matter how you do it. Just do it for the sake of your child’s life.

If I could say anything that could give my son’s life any value or PURPOSE, it would be that he died so that other people could save theirs. Never stop until they are saved and never, never give up hope.

There is no grief worse than that of a mother who has lost her child and, in my case, my loving and adoring son, Dominic.

I will never be the same and I know that every time I cry it comes from my soul; it’s a cry like none other. I see my son in every bit of nature, in all of God’s creation and now I understand the true meaning of the life and love of Jesus Christ, our Lord.

This memorial is yet another means of me honoring my son. It has been nothing less than a complete privilege to know this person, my son, Dominic John Fudesco.